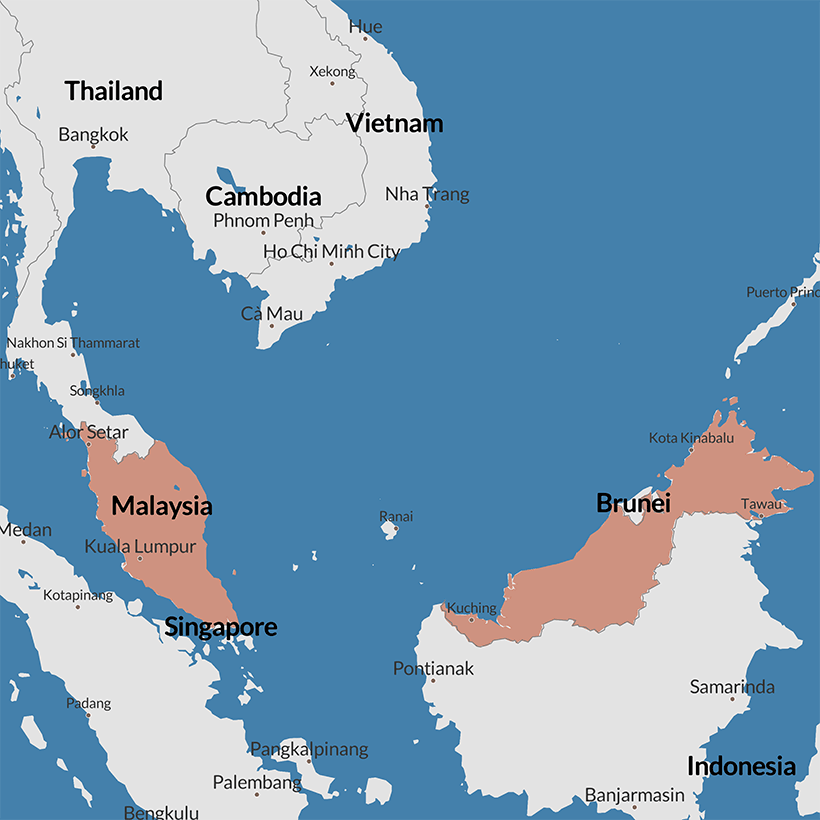 This Southeast Asian nation, situated between Thailand and Indonesia, has become one of our favorite countries in the world. It’s divided into two halves: the long Malay Peninsula that extends south from Thailand, and the northern part of the island of Borneo. So far, we’ve only visited the western side of the Malay Peninsula. It’s an area of fantastic cultural diversity—a mix of ethnic Malay, Chinese, and Indian populations. People are generally friendly and open, English is widely spoken, and food is a national obsession.

The office of king of Malaysia changes hands every five years. It rotates among the nine Malay states that have hereditary sultans.