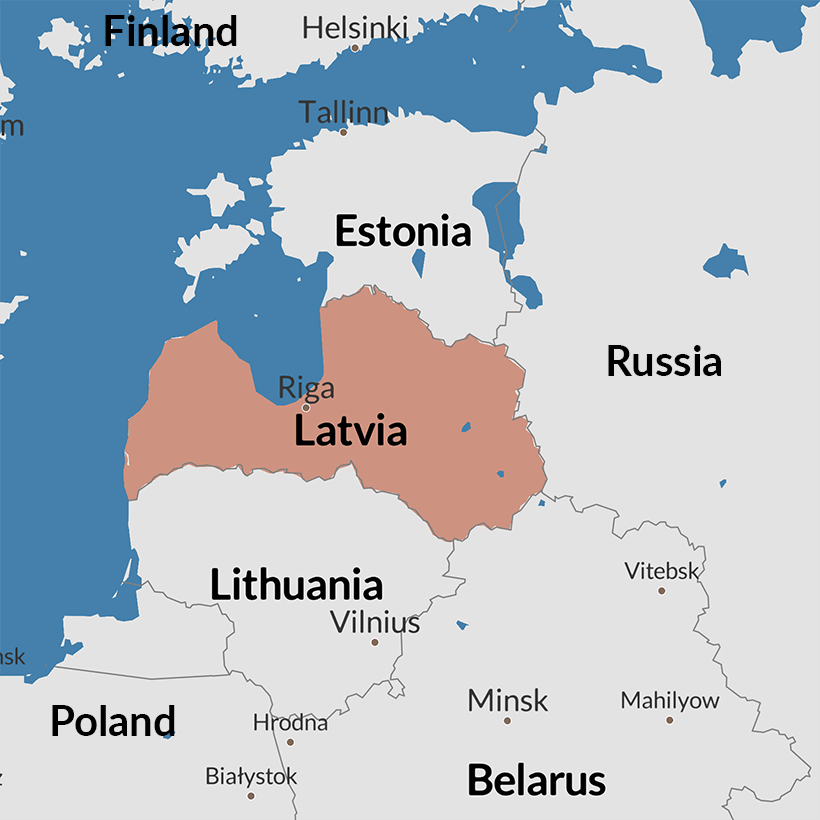 Our visit to the eastern side of the Baltic Sea in 2018 included a week in Riga, the capital of the former Soviet republic of Latvia. That country shares much of the history of its northern neighbor, Estonia, but Russian influences feel much stronger in Riga than in Estonia’s capital, Tallinn. Another difference between the two is Riga’s distinction as a center of Art Nouveau design, visible in many of the city’s grand early-20th-century buildings, including the one where we stayed.

Historically, Latvia and Estonia were usually part of the same empire (under the control of the Danes, Germans, Swedes, Poles, or Russians). When they became independent after World War I, surveyors drew the border between the two countries by going house to house to see who spoke Estonian and who spoke Latvian.