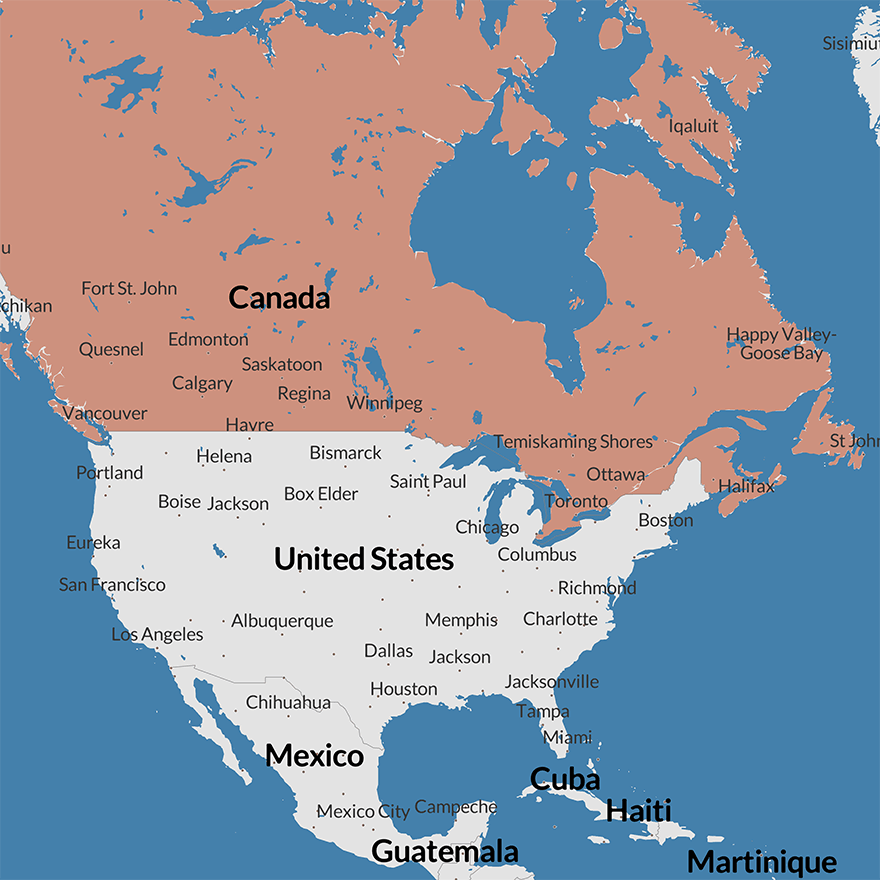 Our first trip together outside the United States was to Canada, America’s neighbor to the north. Canada is a vast country, stretching from the Atlantic to the Pacific and from the 42nd parallel to the Arctic Circle. These photos are from a trip to eastern Canada in 2004 (when we were very beginning photographers and still using film!) and from a visit to the west coast city of Vancouver in 2012.

Canada has more surface area covered by lakes than any other country in the world.

Sorry, but we haven't written anything about this country. (Yet!)